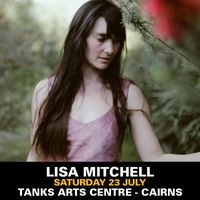 Head on out to The Bluewater at Trinity Park ANZAC Day afternoon for some chill vibes and acoustic tunes by Robert Cini from 2-5pm. We recommend booking a table so you don't miss out. The Bluewater 7 Harbour Drive, Trinity Park, QLD 4879 (07) 4057 6788 nowbookit.com Multi-award-winning singer/songwriter Robert Cini’s deeply melodic songs, infuse genres of folk, blues, soul, pop, rock and country, and accompany a truly unique aura on stage and ability to capture audiences with his powerful soulful voice and intuitive guitar playing. 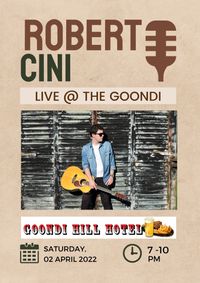 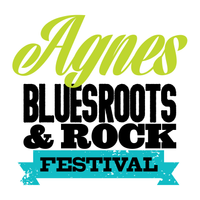 Annual Blues, Roots & Rock Festival held across one February weekend in the stunning destination of Agnes Water & 1770 on the sensational Southern Great Barrier Reef in Queensland. Live music across 2 stages, licensed bar, a variety of food vendors and markets to suit all tastes, plus an intimate, unique vibe are highlight features of this all-weather event with plenty of undercover space to chill out or dance your funky socks off. 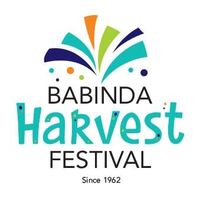 Tickled pink to be playing some of my tunes at the Babinda Harvest Festival this year! I'll be on stage at 7:20pm so please come for a cruise-along and have some fun with me! Head over to Babinda for a full day of fun, food & entertainment. We kick off with the markets in Munro Street at 8am, followed by the Grand Parade at 3pm. Don't miss the all day action at the annual Babinda Tractor Pull at Bill Wakeham Park, and hang around till late for fabulous food, loads of live music & entertainment, rides for the kids and a whole lot more. Fireworks at 8:45pm and then dance the night away at the licensed bar 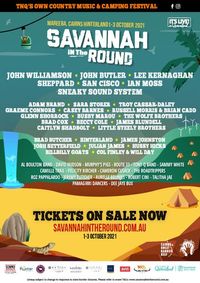 Savannah in the Round

SO excited to be included in the line up to play ‘Savannah in the Round’ amongst such incredible and iconic Aussie artists! Grab some tickets and I’ll catch you there. It’s going to be a fun weekend! #

For more information about the event: https://www.cairns.qld.gov.au/.../live-music-at-festival-hq4

Join us for a night of live music down at King Reef Resort! Talitha Jae will kick things off at 7:30 before Robert Cini takes to the mic to wow the crowd. And if that wasn't already enough fun, they'll jump up together to finish the night as Sunset Serenade. See you there

Lisa Mitchell's music is known to inspire emotional responses. Whether it's the beguiling melodies and hushed folk-tones, like in the sublime “Pirouette”, or wrapped-up in subtle electro beats such as 2016’s “The Boys”, or the always-popular “Coin Laundry” and “Neapolitan Dreams”. But at its core, it's Lisa's pure, tender vocal that remains the focal point of her songs; suspending time like a delicious scent. Lisa's Platinum-certified debut album 'Wonder' (2009) peaked at #6 on the ARIA Albums Chart and was awarded the prestigious Australian Music Prize. Impressively, all three of Lisa's albums to date have landed in the Top 10 of the ARIA Albums Chart, with 2012's 'Bless This Mess' coming in at #7 and 2016's 'Warriors' peaking at #9. The global pandemic and Melbourne/Narrm’s marathon lockdown pressed pause on the recording of her fourth studio album, originally due out in early 2021. But now it is almost complete and the songs ready to be road-tested with her new band - bassist Jessie L. Warren (Hachiku, Half/Cut) and drummer Kishore Ryan (Otouto, Kid Sam, Hexham). Support act: Robert Cini This program is supported by the Queensland Government through Arts Queensland.

Generally there is no right to a refund or exchange except as required by law, or as provided in the Live Performance Australia Ticketing Code of Practice. Please refer to Ticketlink Terms and Conditions on their website. *** See Less

23rd July 2021 • 7:30pm • The Grand Robert Cini & Talitha Jae. $15/$10 Robert Cini is a Multi-award-winning singer/songwriter Robert Cini’s deeply melodic songs, infuse genres of folk, blues, soul, pop and country. Talitha Jae gets her inspiration from a mix of jazz, folk, country, indie, pop and blues. Her wistful interpretations will take you on a dreamy journey into your past.

I'm super excited to be opening the show for Talitha Jae and her Debut EP Launch event at the flashy new Bulmba-ja Arts Centre in Cairns.

Far North Queensland Singer-Songwriter Talitha Jae is excited to share her long-awaited EP 'Spilt T' with the world! Join her in celebrating with a night of live music right in the heart of Cairns, and get exclusive access to the EP ahead of its online release. Robert Cini, another very talented FNQ singer-songwriter, will be opening the show with some of his award winning songs. The venue has comfortable theatre style seating so everyone should have a good view of what's happening on stage. It's fully accessible and there will be an Auslan interpreter on stage as well. There is a bar onsite and some nibbles will be provided as well. All you need to do is sit back, relax, and enjoy a night celebrating the amazing talent we have here in our region. Don't miss out - get your tickets now!